Nigeria has been undergoing a tourism renaissance, and there are a number of great vacation spots all over the country.  The previously neglected industry is experiencing a boom in investment, helped by increased governmental support of airports, infrastructure, and awareness of Nigerian tourism destinations.  Here is our list of 15 famous vacation spots in Nigeria.  This list in an index drawn from many international and Nigerian travel guides. A mixture of national parks, museum, and festivals, these locations keep popping up everywhere, and if you are a foreigner, a Nigerian in Diaspora or even a resident, who plans a trip to Nigeria or Summer in Nigeria, these would be great places to organize your holiday around!

The New Afrikan Shrine, or simply referred to as “The Shrine,” is a rebuilt version of the original Afrika Shrine, which closed in 1997.  The original Afrika Shrine was the performance home of Afrobeat legend and Nigerian folk hero Fela Kuti, and was a location of political, cultural, and musical influences in the 1970s and 1980s.

After Fela’s death in 1997, the New Afrika Shrine was rebuilt on the location of the old one and reopened its doors under the ownership of Fela Kuti’s son, Femi Kuti.  The New Afrika Shrine purports to be a more mainstream and tourist-friendly affair than the original Afrika Shrine.  Among other Afrobeat stars, Femi Kuti and Seun Kuti both perform at the nightclub regularly. 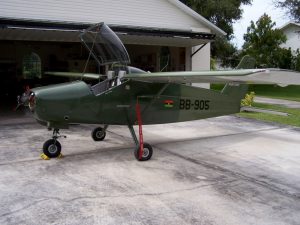 The National War Museum is Nigeria main monument to Nigeria’s wars and has an interesting history in itself.  The location of the war museum was the previous headquarters of the Biafra Republic, a secessionist faction active in the late 1960s.  It is regarded as one of the 7 Wonders of Nigeria.

There are three main galleries in the museum – the Armed Forces gallery, the Civil War Gallery, and the traditional warfare gallery.  Being built on the location of the former Biafra Republic, the civil war galley is well developed.  Tourists can see a number of the ad-hoc weapons devised by the rebels, including the Biafran Baby – a two-seater sports plane that was retrofitted with rockets as a sort of DIY fighter/bomber – Ogbunigwe bombs, and mini tanks which were little more than tractors with iron welded to their classes. 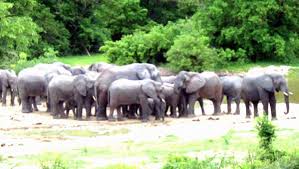 Kamuku National Park is one of Nigeria largest and most famous natural parks.  It was established as a game reserve in 1939 and became a full national park in 1999.  It is located in Kaduna State and features a savannah landscape.

For tourists who want to see some of West Africa’s famous wildlife, this park is one great place to do it in.  It is the home of 177 types of birds, including the rare and protected Secretary bird.  This park is particularly well known for its elephant population.

Apart from wildlife, there are two main ecological features of the park.  The first is Dogon Ruwa waterfall, which is a beautiful natural waterfall.  There is a campground adjacent to the waterfall for those who would like to camp out in the wild.  Visitors can also dive, fish, or go canoeing in the waters below the falls.  The second is the Mal’lawa Dam, which is the main body of water for Kamuku National Park.  During the dry season, the area around Mal’lawa Dam is a great place to see large animals, including elephants, as they are naturally drawn to the water supply at the dam. 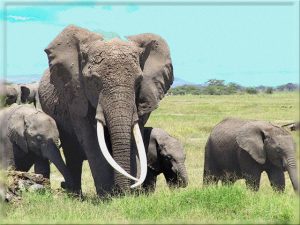 The Chingurmi-Dugama area is a region defined by its acacia woodlands and dense patches of elephant grass.  There are estimated to be around 100 elephants in this section.  Bade-Nguru is defined by its forest reserves; 5 in total.  It is famous for its migratory birds and the Dagona Waterbirds Sanctuary.  Bulatura is characterized by its desert landscape and does not have much wildlife.  Those who wish to see sand dunes and oases will enjoy Bulatura. 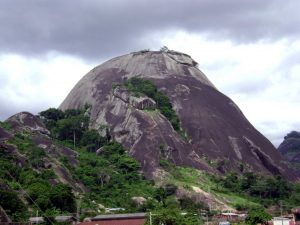 The Idanre Hills is one of the most unique destinations in Nigeria and is on the list of Tentative Sites for a UNESCO World Heritage designation as well as one of the 7 Wonders of Nigeria.  It is 3,000 ft above sea level and contains Owa, Palace, shrines, the old court, the belfry, and more.

Tourists can climb to the top of the hill and access the summit via the 640 steps to the top.  Fortunately, there are 5 rest stations on the way to the top for people to rest before progressing on.  Other notable things to do in Idanre Hills are visiting the Arun River, which is believed to have healing powers and the Agboogun footprint.  The footprint is traditionally believed to be able to fit any foot size snugly, which not allowing people who have evil intentions to put their foot in.

Idanre Hills is also the location of the Ogun festival, which occurs every October.

Another one of the 7 Wonders of Nigeria, the Osun-Osogbo Grove offers a unique cultural experience hard to find outside of Africa.

Sacred groves were integral religious features of traditional Yoruba religion, and in Nigeria’s ancient history, every Yoruba town had a sacred grove.  Today, many of these groves have fallen into disrepair or cut down, and the Osun-Osogbo Grove is the largest of the remaining sacred groves.

This grove is particularly important because it is regarded as the home of the Yoruba fertility god Osun.  In addition to being a location popular with tourists, it is also an active site of worship in addition to being the site of the Osun-Ogbongo festival.  This festival is held for 12 days over the months of July and August and is a reaffirmation of the Yoruba people’s spiritual connection to their traditional gods. 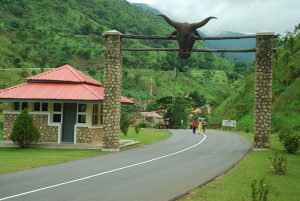 This is a great place for tourists and vacationers to experience the natural surroundings and fresh air.  It is a wonderful place for relaxation. 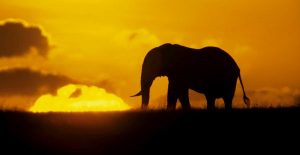 Yankari National Park is located in Bauchi State and is Nigeria’s largest national park.  It was declared a game reserve in 1956 and improved to a national park in 1991.  Today is a major draw for ecotourism not only in Nigeria but in the whole of West Africa.

There are some famous ecological attractions as well.  Because of the geological activity under Yankari National Park, it is home to four natural hot springs.  The biggest of the four springs are called Wikki Spring, and tourists can enjoy a soak in the naturally heated water and accommodations at the nearby Wikki Camp. 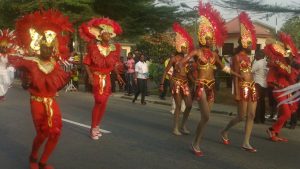 The 32-day long Calabar Festival, held in Calabar, is Nigeria’s single largest tourism brand, period.  Beginning on November 30th and comprising the entire month of December, the Calabar Festival attracts visitors and tourists not only from inside Nigeria but around the entire world.

The highlight of the Festival is Calabar Carnival, called “Africa’s Biggest Street Party.”  It is exactly that.  Over 14km of roads are filled with festival goers, floats, dancers, and entertainers.  There are an estimated 100,000 participants at the festival, not counting the millions of people who come to Calabar to spectate and those who watch from their TVs at home.  If you are in Nigeria during the winter months, the Calabar Festival and Calabar Carnival are not to be missed. 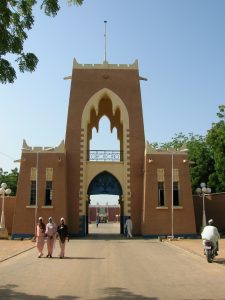 There is so much to see and do in Old Kano City.  Although it cannot be compared to any of the natural destinations or national parks fairly, it is definitely is a contender for the best vacation spot in Nigeria.

The Kano City Walls are one famous tourist attraction in the city and is on the tentative list as a UNESCO World Heritage site.  It is also on the list of the 7 Wonders of Nigeria.  The 14km of city walls are one part of the old city, which includes the Dala Hills, Emir’s Palace, and Kurmi Market.

The Kurmi Market is one of the largest and oldest markets in Africa.  Hundreds of years ago, the Kurmi Market was a major place of trans-Sahara trade, which helps facilitate the passage of goods across Africa and into Europe.  The market is still active today and arranged in the same way that it was hundreds of years ago; the sellers are distributed in lanes, and each lane focuses on one kind of product.

In addition to these sites are the Kano Central Mosque, the Tiga Dam, and the Gidan Makama Museum, one of the most famous museums in Nigeria.

Although these are only 10 of the best vacation spots in Nigeria, the country holds many more.  Where did you have a good time in Nigeria?  Let us know!

Eyo is an innovative professional with extensive credit, sales, eBusiness, ICT and project management experience in financial services and a strong interest in the developing Digital Platforms, Digital Transformation and Big Data.